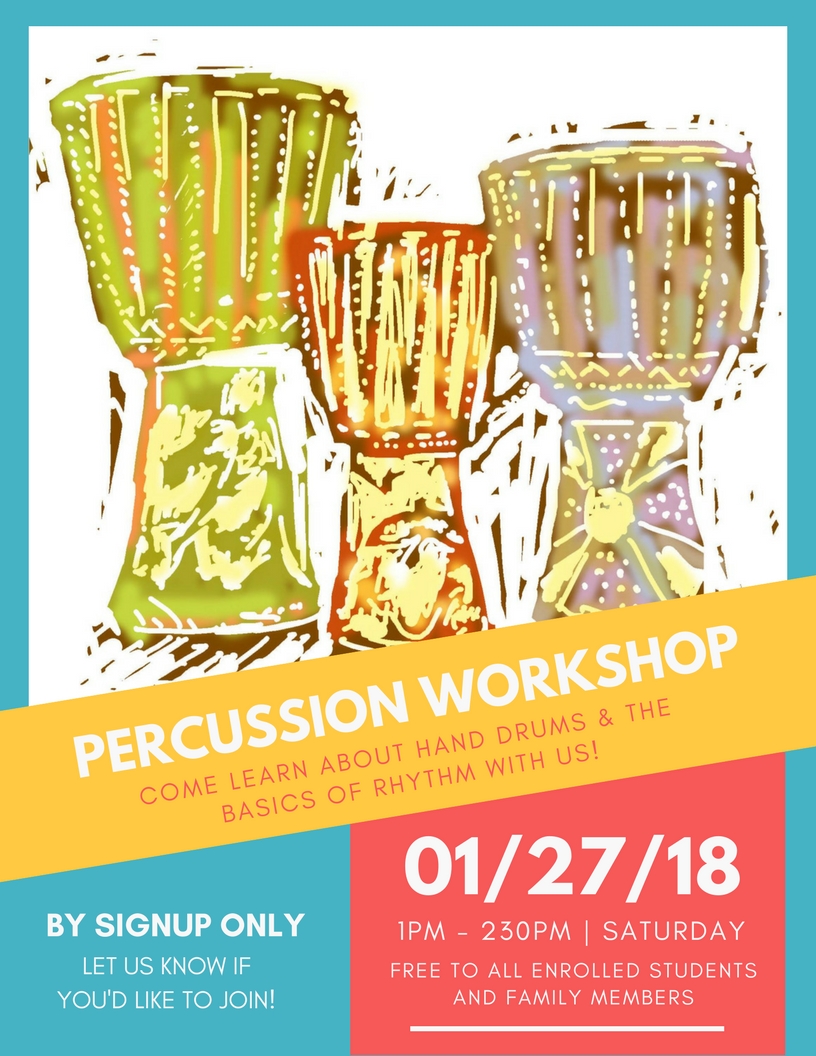 If we had to pick one word to describe our students in this workshop it would have to be: impressive. We ended up having two separate sessions and both groups really rose to the challenge – absorbing and mimicking the rhythms we taught them pretty much instantly! Bravo! 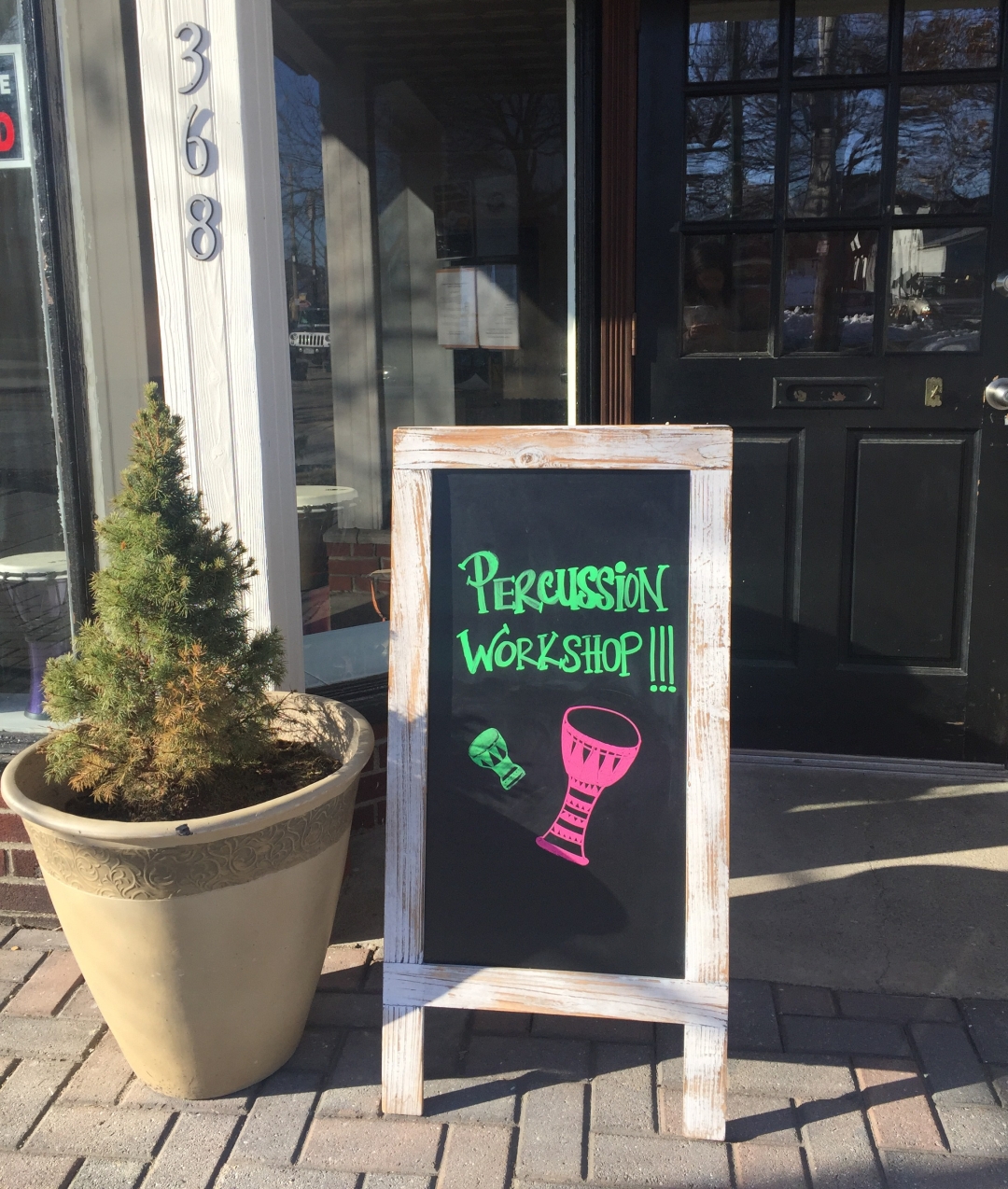 We started off each session by teaching the kids a little bit about the djembe, hand drums in general, and rhythm (Download the Powerpoint HERE). 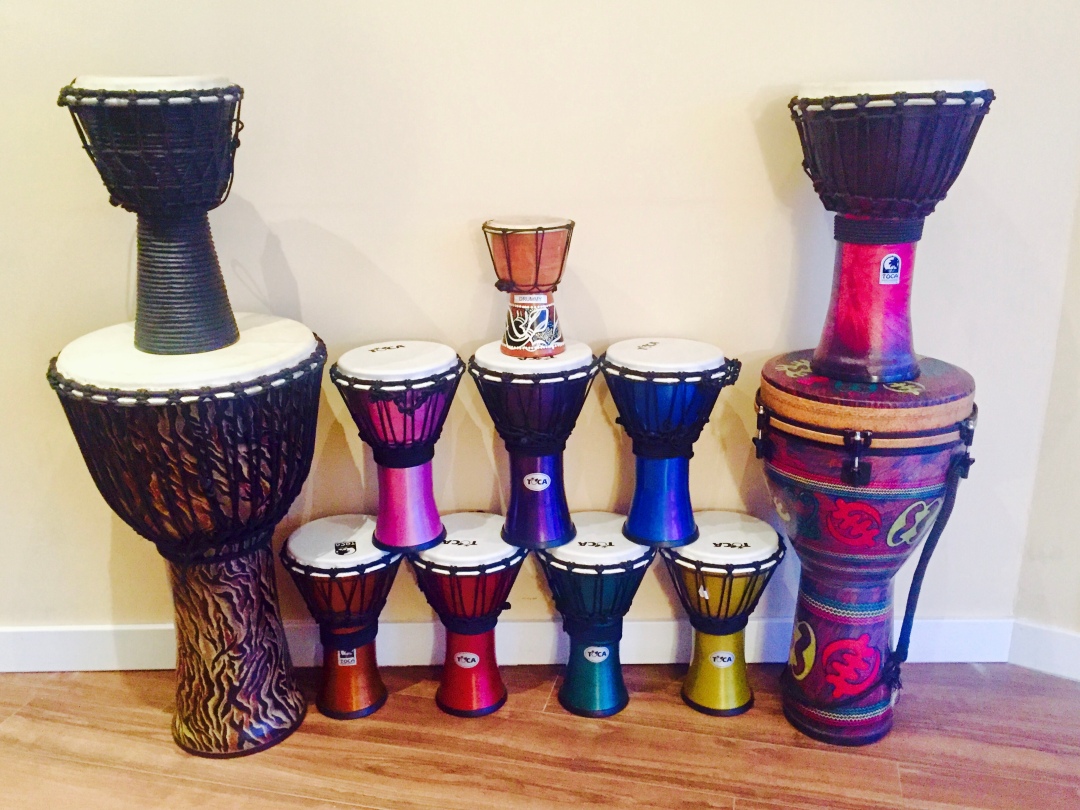 Next we put their newfound knowledge to the test by learning some traditional African drum beats and playing along to well known songs such as “Uptown Funk” and “We Will Rock You.” 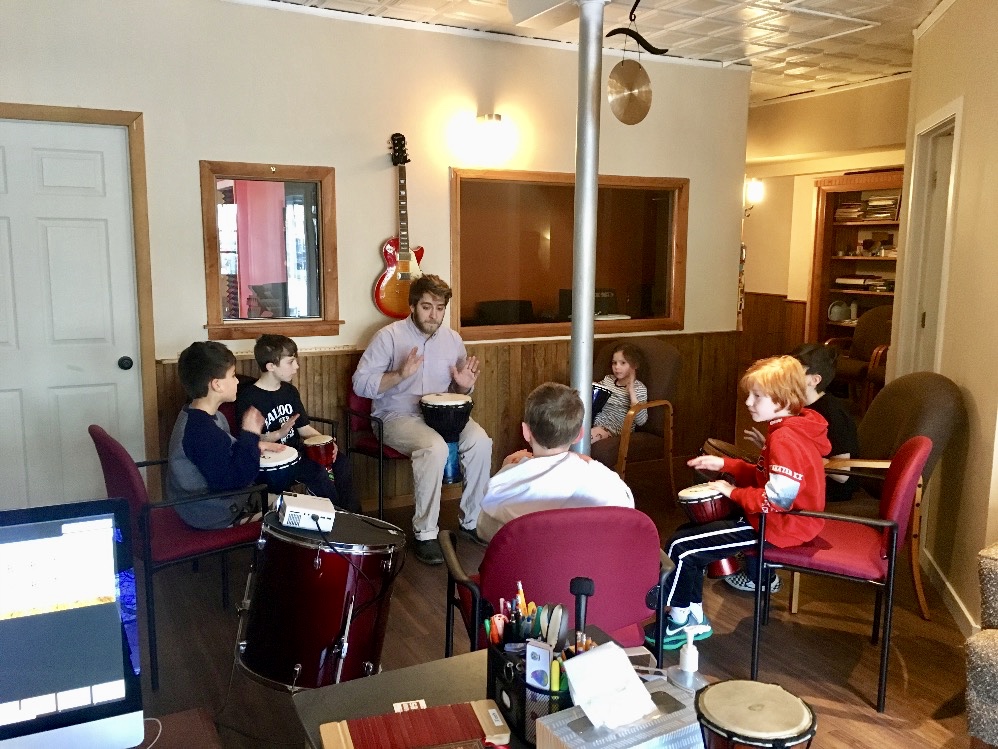 With each beat/song we would start off by playing together until we were in unison and then each student would get the chance to do a “solo.” 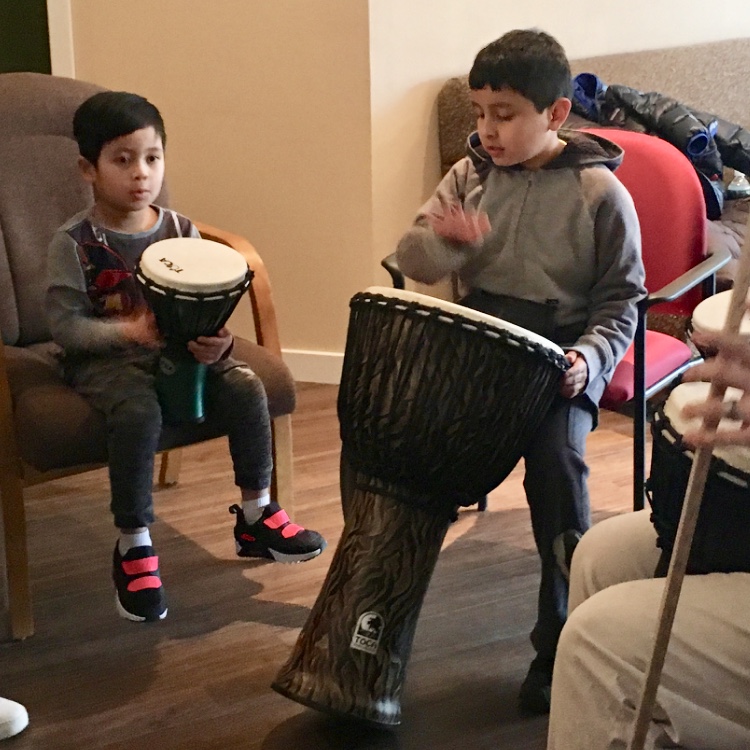 Finally we ended the workshop by playing a game called “Hi – Low” where one at a time, the students would take turns finding a hidden object with the help of the drum circle – playing softly when they are far away from the object and loudly when they as they get closer. Check out some more pics from the workshop below! 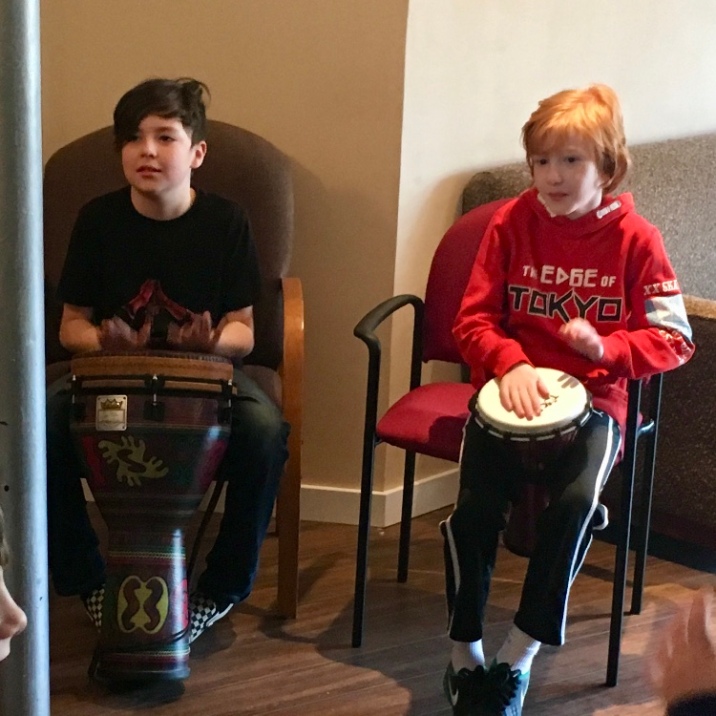 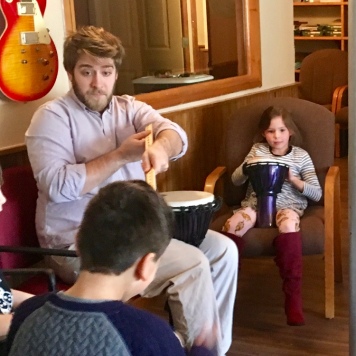 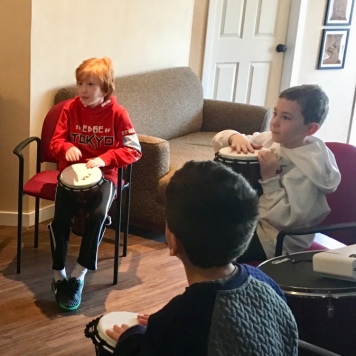 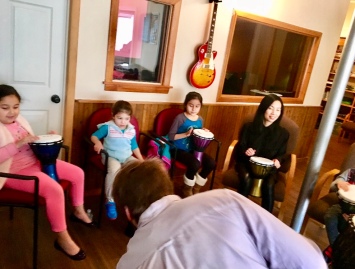 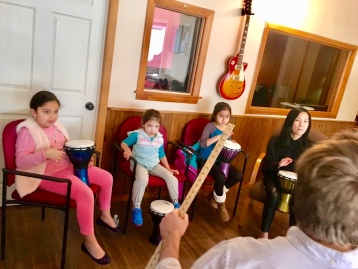 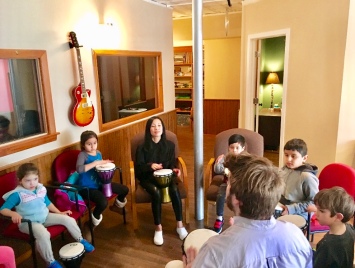 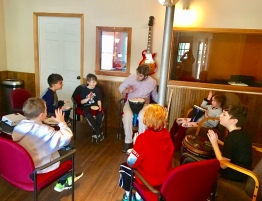 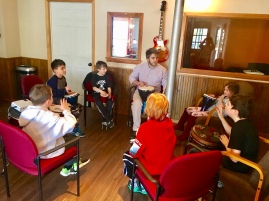 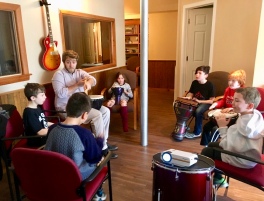 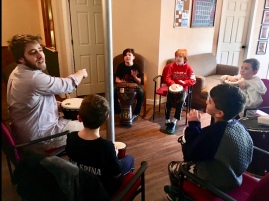